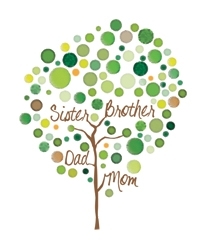 If your son or daughter has been diagnosed with a type of sarcoma – a tumor in connective tissue like muscles or bones – there are many questions: Will my child make a full recovery? What are the immediate and long-term side effects of treatment?

Most parents don’t consider whether their child will face a second cancer later in life.

However, a link between sarcomas and Li-Fraumeni syndrome, a rare condition that raises a person’s risk of developing one or more cancers to as high as 85 percent, has led genetic specialists at Dana-Farber/Boston Children’s Cancer and Blood Disorders Center to recommend that all child sarcoma patients be offered genetic counseling for Li-Fraumeni syndrome.

“Identification of an inherited gene alteration can sometimes help guide current treatment decisions and may also help with early detection and cancer prevention in the future,” says Carly F. Grant, MS, CGC, a genetic counselor of the Pediatric Cancer Risk Program at Dana-Farber/Boston Children’s, one of the first programs in the country that provides multidisciplinary consultative care to patients and their families whose condition or family history suggests an increased risk of cancer.

Li-Fraumeni syndrome was first described in 1969 by Dana-Farber physician-scientist Frederick Li, MD, and his mentor, Joseph Fraumeni Jr., of the National Cancer Institute. In 1990, researchers discovered that the increased risk of cancer associated with the syndrome is caused by inherited changes in a gene called p53 – a finding that made genetic testing for Li-Fraumeni syndrome possible.

Less than 10 percent of children with sarcomas harbor a p53 mutation, and while most children inherit the p53 mutation from a parent, it’s also possible for someone to be born with a new mutation. There’s a 50/50 chance of passing on a p53 mutation to the next generation.

There are benefits and drawbacks to genetic testing for the p53 mutation; genetic counselors can provide families with the information they need to make informed decisions about their child’s care.

For example, since people with Li-Fraumeni syndrome are especially sensitive to radiation, which has been linked to the development of future cancers in some patients, knowing whether or not a child carries a p53 mutation may help the care team weigh the benefits and risks of radiation treatment.

And since the p53 mutation is typically inherited, there may be other family members at risk who would also have the option of being tested. Children who test positive can then be more carefully monitored by their physicians, while adults may be advised to have screening at an earlier age and more frequently for certain cancers.

In an encouraging study published in 2008 by Garber, Masciari, Syngal, and other Dana-Farber physician-scientists, PET-CT scans detected three cancers in 15 Li-Fraumeni patients who were not experiencing any symptoms.

Diller and Allison O’Neill, MD, and other Dana-Farber/Boston Children’s scientists are also working to launch a national study on other screening options.

“Genetic testing may provide important information about cancer risks and medical management options that can be invaluable to a patient and their team of oncologists and specialists,” Grant says.

If you’re interested in discussing the option of genetic counseling for your child, call the Pediatric Cancer Risk Program at 617-632-4298.