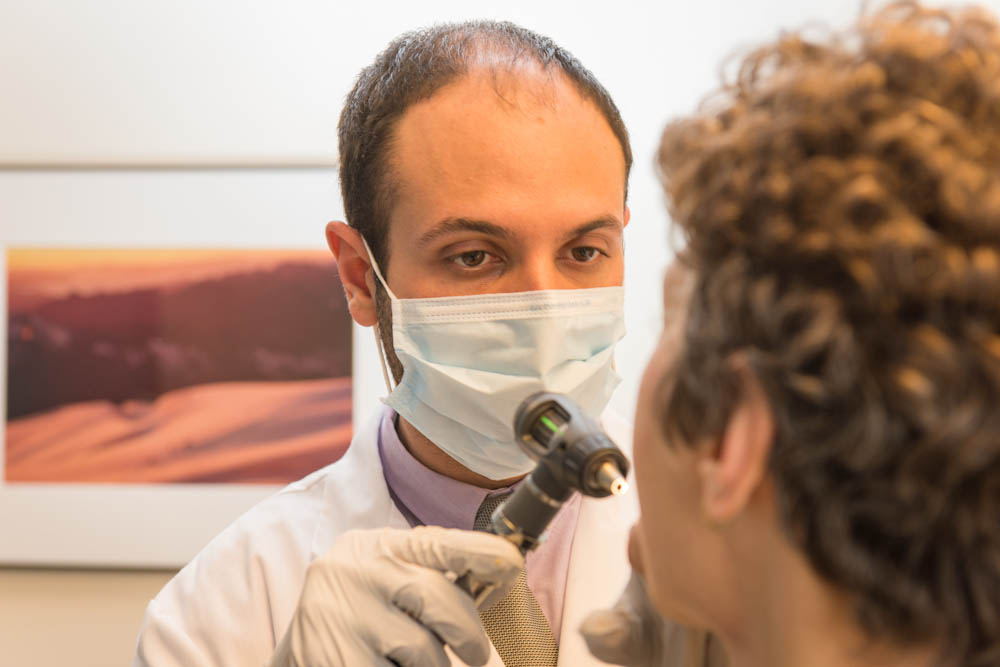 Oral cancer sometimes does not produce symptoms, and is therefore often detected in its later stages. When a patient does exhibit symptoms, these can include difficulty or pain while chewing, swallowing, or speaking; swelling or bumps on the lips, gums or other regions inside the mouth; and a perpetually sore throat.

Treatment for oral cancer varies by the tumor’s location and stage, says Dana-Farber’s Robert Haddad, MD, disease center leader of the Head and Neck Oncology Program. When oral cancer is detected early, most patients are treated with either surgery to remove the cancer or radiation therapy. Haddad recommends Intensity modulated radiation therapy (IMRT), a form of radiation treatment that minimizes damage to normal tissue. Chemotherapy may also be given in combination with radiation following surgery to remove the cancer.

Although survival rates and treatment have greatly improved in recent years, oral cancer still accounts for roughly two percent of all cancers diagnosed annually in the United States. According to the American Cancer Society, men are twice as likely to develop oral cancer as women, and roughly three-quarters of diagnoses occur in patients older than 55.To decrease this risk, it is important to avoid potentially harmful behaviors including smoking, using smokeless tobacco, and consuming excessive alcohol. Individuals should also be screened yearly for oral and other head and neck cancers as part of a full oral exam performed by a dentist or physician, which should include touching the soft tissues of the head and neck and the inside of the mouth.

Recent studies show that many of the 45,000 new cases of head and neck cancers each year, including oral, are linked to human papillomavirus (HPV) infection. To lessen the chance of developing HPV and HPV-related cancers, including oral, cervical, and penile, girls and young women ages 11-26 and boys and young men ages 11-21 should consider getting vaccinated against HPV.