Moles are benign growths on the skin that sometimes become cancerous. But what exactly is the connection between moles and melanoma, the most aggressive skin cancer? While it’s true that people with many moles should be screened more frequently by a dermatologist, scientists are learning that the mole-melanoma connection isn’t so straightforward. 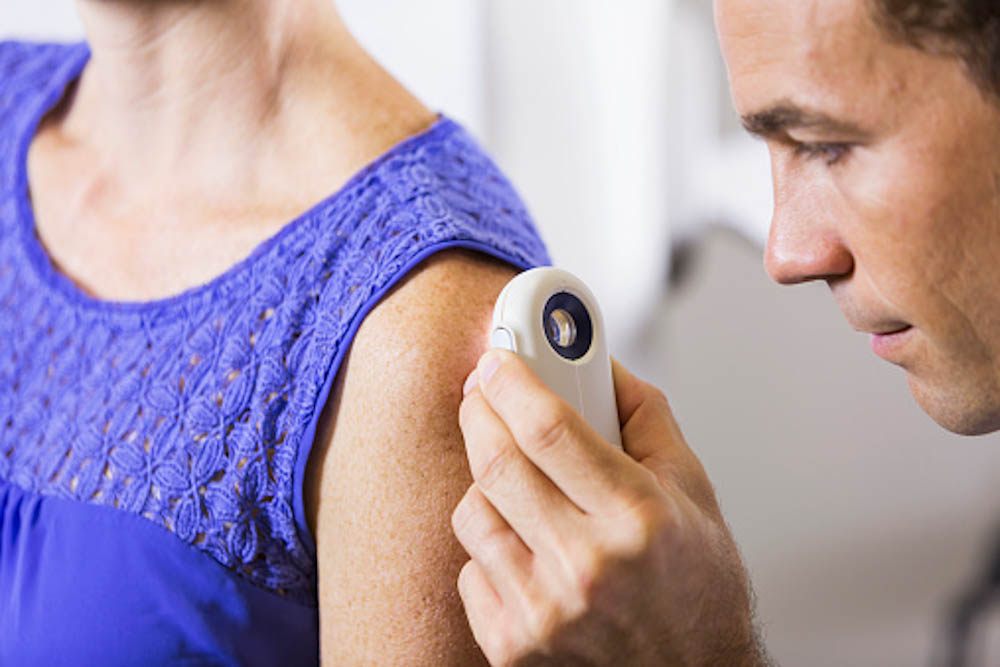 For example, a high mole count – more than 100 — has frequently been used to identify individuals at risk of developing melanoma, says Jennifer Lin, MD, lead dermatologist in the Melanoma Treatment Center at Dana-Farber/Brigham and Women’s Cancer Center (DF/BWCC). She adds that individuals with that many moles, also called nevi (singular, nevus) either have a genetic predisposition to forming moles or have had a lot of ultraviolet exposure from the sun or tanning beds, or have both. Having atypical nevi, or nevi with unusual features such as measuring more than six millimeters and having fuzzy borders, is another commonly identified risk factor for melanoma.

On the other hand, a recent study suggests that people with a smaller number of moles may be prone to developing more dangerous melanoma tumors.

Dermatologist Caroline Kim, MD, of Beth Israel Deaconess Medical Center in Boston, Mass., studied the records of 281 melanoma patients: 89 of them had 50 or more moles on their bodies and 192 had fewer than 50. When she examined their medical charts, she found that among melanoma patients who had 50 or fewer moles, the tumors tended to be thicker and more aggressive than those in patients with more than 50 moles. Thicker melanomas are more advanced and harder to treat.

There’s another twist to the mole connection — only about 20-40 percent of melanomas develop within moles. The majority of melanomas appear on normal skin devoid of any moles or dark marks to serve as warning signs. And these “de novo” melanomas are often more aggressive and have poorer outcomes, according to a study presented at last June’s meeting of the American Society of Clinical Oncology. The scientists suggest the two types of melanoma may have biological differences that open new lines of research on the disease.

So what does this all mean for screening and prevention?

Having many moles – more than 100 – is a good reason for vigilant screening, says Lin. However, “be aware that if you are someone with no moles but has fair skin and freckle and burn easily, you are also at higher-than-average risk,” she notes.

“We recommend that patients at risk check their skin once a month for unusual lesions – a lot of melanomas are found this way. And people at high risk should be seen by their primary care doctor or dermatologist once a year.”

A good resource for information is the Melanoma Foundation of New England, which has an illustrated guide called Know Your Moles.

Learn more about skin cancer and melanoma treatment and research.