As scientists race to develop and test new treatments for COVID-19, Dana-Farber’s Wayne Marasco, MD, PhD, and his lab team are bringing one of the world’s most formidable resources to the effort: a “library” of 27 billion human antibodies against viruses, bacteria, and other bodily invaders.

The collection, created by Marasco and his associates in 1997 using blood samples from more than 57 Dana-Farber staff, has already had an illustrious history in the quest to tame viral disease outbreaks. In 2004, the researchers used it to create the first antibody therapy against SARS (Severe Acute Respiratory Syndrome), a disease that affected nearly 10,000 people in 30 countries over a two-year period. In 2012, they used it to produce the first antibody therapy for MERS (Middle East Respiratory Syndrome), which spread from Saudi Arabia to a range of other countries.

Like COVID-19, both SARS and MERS are caused by coronaviruses, a large family of viruses that can infect birds and mammals and are named for the short, spiky projections on their surface that resemble the points of a crown, or “corona” in Latin.

From the time that Chinese scientists first published the genetic sequence of the 2019 novel coronavirus in January, Marasco and his colleagues have been working to determine which of the multitude of antibodies in their library represent the best “fit” for the virus — which are best at hamstringing its ability to infect human lung cells. Their findings could provide the foundation for antibody-based drugs that treat people with COVID-19.

The library, formally known as a human antibody phage display library, constitutes “a tremendous tool chest of reagents for testing against this and other viruses,” says Marasco, who for 30 years has been a leader in the field of emerging infectious diseases. “Our experience in developing treatments for SARS, MERS, and other viral-borne illnesses has created a critical level of expertise for attacking this new virus.”

Antibodies, also known as immunoglobulins, are Y-shaped proteins produced by immune system B cells to defeat an invasion by bacteria, viruses, and other pathogens. Consisting of structural units called heavy chains and light chains, antibodies are custom-made for particular pathogens. They serve as a kind of broadcast beacon of the pathogen’s presence: by sticking to the invader, they label it as dangerous and unwanted and deserving of destruction. Immune system T cells respond to the alert by moving in for an attack.

Therapies such as those developed by Marasco harness antibodies’ exquisite specificity for a somewhat different purpose. Instead of using antibodies as simple labeling devices, such therapies seek to turn them into infection-blockers. An antibody that attaches to a virus at just the right place — to a section needed to latch onto a lung cell, for example — may be able to prevent infection from occurring. Duplicating the virus’ blocking activity millions of times over — to produce what’s known as a monoclonal antibody — can provide instant protection for a patient.

The development of the human antibody display library came as a response to a dearth of blood samples of patients affected by viral outbreaks, Marasco explains. Ideally, researchers would use such blood samples to identify the antibodies the patients have raised in response to the infection. The lack of such samples — owing, often, to government restrictions, biocontainment, and security concerns — led them to take an alternate tack.

As it turned out, the library provided a signal advantage over what a conventional approach might yield. To create the library, Marasco and his associates collected blood samples from more than 57 Dana-Farber staff members, separated out the B cells to recover the genes responsible for making antibody proteins — the light chain units as well as the heavy chains. The researchers then amplified the genes, making thousands of copies of each, and mixed them together, allowing the light chain and heavy chain genes to combine in millions upon millions of ways — in far greater diversity than they would in any individual donor’s lifetime. The result was a trove of antibodies that would yield important discoveries in the field of emerging infectious diseases.

“This technique allowed us to create antibodies with specificities that didn’t exist in any of the donors,” Marasco explains. “It provided us with a collection of antibody genes for viruses that the donors themselves were not exposed to.”

Marasco used the library to identify an antibody effective against SARS, and published the first paper on an antibody-based treatment for the disease in 2004. As it happened, however, a different version of the SARS virus jumped to humans later that year — a strain that Marasco’s therapy was ineffective against.

One of the lessons of that experience, Marasco explains, was that “if you’re going to develop an antibody therapy to an emerging pathogen, it has to be durable” — that is, it has to bind to portions of the virus that aren’t apt to change as the virus mutates.

“You need to choose antibodies correctly, so that if the virus tries to mutate, it doesn’t emerge in a more infectious form. If a mutant virus emerges, you want to force it down a dead-end evolutionary pathway in which it loses its fitness to replicate.”

He and his colleagues had an opportunity to apply those lessons with the MERS outbreak almost a decade later. For that infection, they devised a “cocktail” of two antibodies — that were directed to different sites on the “spike” protein that the viruses uses to latch onto lung cells. The resulting therapy proved effective in laboratory experiments.

Marasco and his associates are using that knowledge in their current work on COVID-19.

“We’re screening the most promising candidate antibodies and have some good leads,” he relates. “We want to make sure we select candidates that will protect against the virus and prevent it from escape” — from mutating in ways that increase its infectiousness.

Ultimately, he and his colleagues hope to collect blood samples from cancer patients and staff who develop COVID-19 and recover from it. Analyzing the genetics and immune function of such patients will be critical in resolving an array of questions that currently are unanswered.

“Do cancer patients mount a response to the virus and is it protective?” Marasco asks. “Is any population of cancer patients more at risk than others? Is one type of antibody therapy more effective than another? To answer questions like these, and improve treatment for patients, blood samples will be necessary.” 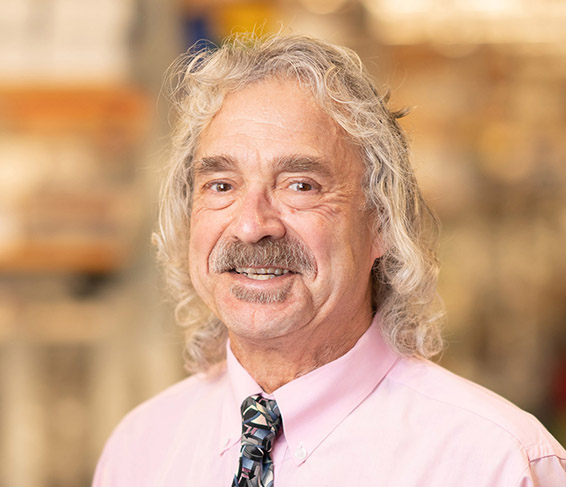 Dr. Marasco received his PhD in 1980 from the University of Connecticut School of Medicine and postdoctoral training at the University of Michigan Medical School, where he also earned an MD in 1986 and completed training in internal medicine. He received his subspecialty training in infectious diseases at Harvard Medical School, and joined DFCI in 1989. In 2003, he founded the National Foundation of Cancer Research Center for Therapeutic Antibody Engineering to expand the use of human monoclonal antibodies in the treatment of cancer. In 2009, he was listed among 13 top scientists in their field as the 21st century medicine "Pioneeers of Medicine Progress" by US News & World report. He is head of an accomplished research laboratory in the area of cancer and infectious disease immunotherapy.