Ken Karnes enjoys his whirlwind of a life. If he’s not traveling to Europe or Asia for his high-tech job — pandemics permitting — he and his wife Mary are busy keeping up with their four daughters, two sons-in-law, and three grandchildren. Road races are also on the 60-year-old’s agenda, with an eye toward his third marathon.

It is a schedule fueled by abundant energy, which Karnes has today after cancer treatment and clinical trials at Dana-Farber/Brigham and Women’s Cancer Center (DF/BWCC). Karnes participated in a clinical trial for an innovative and complex treatment called CAR T-cell therapy for follicular lymphoma — a trial that ultimately led to the approval of the drug by the U.S. Food and Drug Administration (FDA).

Now, other patients like him have an option they didn’t have before.

A diagnosis, then Dana-Farber

Karnes developed a nagging cold and swollen lymph nodes in March 2017, but continued to plow ahead as doctors sought the cause. Steroids and antibiotics failed to fix the problem, and Lyme disease was eventually ruled out. Finally, Karnes stopped long enough to get a biopsy, and with it came a diagnosis of follicular lymphoma.

Even follicular lymphoma, a slow-moving lymphoma marked by clumps of cancerous B cells that form in an individual’s lymph nodes, could not slow Karnes down — at least at first. He received six chemotherapy treatments over six months near his Connecticut home, and went into complete remission without missing a day of work. He figured he was out of the woods, until he got the one thing he couldn’t fit into his calendar: a relapse.

“That’s when I realized I needed the experts,” says Karnes.

He found them about an hour from home at DF/BWCC. Karnes has taken part in two clinical trials for follicular lymphoma at DF/BWCC, under the care of a team led by Philippe Armand, MD, PhD, chief of the Division of Lymphoma in the Center for Hematologic Oncology. The most recent trial, which Karnes completed in fall 2019, was also the first study to utilize a CAR T-cell therapy for the disease.

CAR T-cell therapy is a kind of cellular therapy, which uses a patient’s own immune system cells to rally an attack on cancer. The process involves removing a specific set of cells from the blood, modifying them in a lab to intensify the immune system’s natural response to cancer, and re-injecting them into the patient.

Led by Armand’s DF/BWCC colleague, Caron Jacobson, MD, MMSc, the ZUMA-5 trial used a CAR T-cell therapy known as axicabtagene ciloleucel (axi-cel). The trial was being offered to follicular lymphoma patients, like Karnes, for whom at least two previous treatments had failed. The decision to join the ZUMA-5 trial was an easy one for Karnes, although it was not without risks: the treatment can have serious side effects, and patients need to have discussions with their care teams before undergoing it.

“What sold Ken on CAR T-cell therapy, and what sold me on offering it to him, was that it could be a definitive therapy – with the hope of curing his disease, and no other treatment required once he got past the initial toxicity period,” Armand says.

The trial results were tremendous: Of 146 patients enrolled in the trial, 92 percent had a detectable reduction in their cancer. Karnes once again went into complete remission. And this month, the Food and Drug Administration (FDA) approved axi-cel as a standard treatment for follicular lymphoma; DF/BWCC will be a certified treatment center for the therapy.

Karnes underwent his CAR T-cell procedure at DF/BWCC in July 2019, and was out of the hospital in less than 10 days. By November, he was on a business trip to India and enjoying the holidays with his growing family.

“What struck me most about Ken is his love of family,” says Katey Stephans, NP, MS, his nurse practitioner through both Karnes’ immunotherapy treatments. “He wanted to do everything he could to be with them.”

“His mentality from being well-versed in several athletic arenas always shone through,” says Coleman. “He constantly pushed himself to maintain a positive outlook.”

It is too early to tell what the long-term ramifications will be for follicular lymphoma patients who took part in the ZUMA-5 trial. Karnes is just 18 months out of treatment, and still in complete remission, but he and the others will continue to be watched.

“For those patients who are out of other treatment options, the high-response rate for CAR T-cell therapy can be life-changing,” says Armand. “For others, like Ken, the durability of response is what has us most excited. We cannot yet say these patients are cured, but the level of progression-free survival we are seeing already is a very promising signal.”

So is Karnes’ attitude, which is stronger than ever. He only needs to come to DF/BWCC every six months for check-ups these days, but he may be making a few more trips to the vicinity. He has never run the Boston Marathon, and that’s another challenge he’d like to undertake. 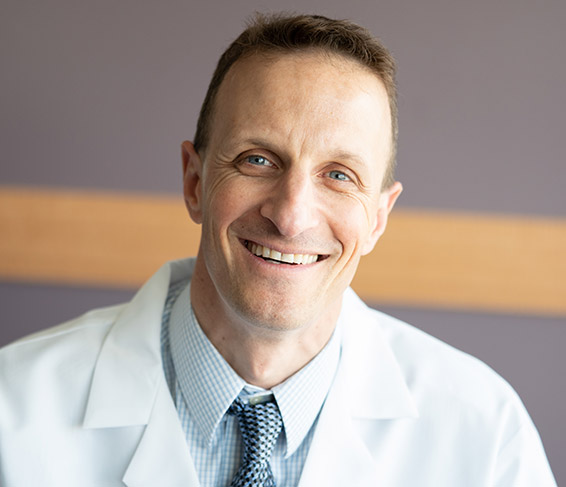