Prostate cancer­­­­ is a disease that forms in the tissues of the prostate, a male gland just below the bladder which is partly responsible for making the fluid that is part of semen. Prostate cancer forms within cells in the prostate.

The disease takes a variable course from patient to patient. Some prostate cancers spread quickly, while many others develop and grow slowly. Prostate cancer risk increases as men age, making age the number one risk factor for this disease. If diagnosed early, prostate cancer is highly treatable.

Prostate-specific antigen (PSA) is a protein produced by the prostate that is used to track progression of known prostate cancer. As a marker for known disease, PSA level is very reliable for most patients. However, the value of PSA as a tool for prostate cancer screening has long been a controversial subject. Here’s what you should know.

What is a PSA test?

PSA is a protein that is made by all prostate cells, whether they are normal or cancerous. A PSA test measures the level of PSA in a man’s blood and generally reflects the volume of prostate tissue in the body.

Since prostate cancer can increase the level of PSA in the blood as it is progressing, a high PSA is associated with higher risk of having the disease. Therefore, many doctors have used the test to help determine whether a man is harboring the disease. Since the test was developed, several professional organizations have recommended that men over age 50 undergo PSA testing, often in addition to a digital rectal exam, to aid in early detection of the disease.

Does a high PSA level mean I have prostate cancer?

There is no set rule about what constitutes an “abnormal” PSA reading on a blood test. Since prostate cancer is not the only source of PSA, an elevated PSA may reflect an enlarged or inflamed benign prostate gland. High PSA levels are often the result of benign prostate hyperplasia, enlargement of the prostate that occurs in most men as they age. When interpreting the test results, doctors take a number of factors into consideration, including the patient’s age and ethnicity as well as rate of rise of PSA.

“It is hard to detect the difference between PSA made by normal prostate tissue and PSA made by prostate cancer cells,” says Mark Pomerantz, MD, a medical oncologist at Dana-Farber Cancer Institute. “We know that as the PSA rises and gets higher and higher, the odds that that PSA is coming from a cancer than a normal prostate increases.”

Still, most men considered to have an elevated PSA do not have a detectable prostate cancer. About 25 percent of those who undergo a prostate biopsy—in which a small section of the prostate is removed and examined for signs of cancer—are found to have prostate cancer.

How do I know that I should be screened for prostate cancer?

Men are encouraged to make informed decisions on screening based on family history, symptoms, a discussion with your doctor, and your own views on the possible benefits, risks, and limits of prostate cancer screening, according to the American Cancer Society.

In summary, it is recommended that patients have a discussion with their doctor about the pros and cons of being screened for prostate cancer.

Tags:
Your next story: What Causes Cancer? 9 Risk Factors to Know About

Your next story: What Is Cancer Immunotherapy? 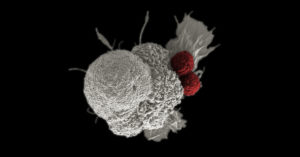