Immunotherapy refers to treatments that use the body’s immune system to combat diseases. Immuno-oncology focuses on efforts to use the immune system as a weapon against cancer.

The immune system is a collection of organs, tissues, specialized cells, and substances that protect the body against infection and disease. While the immune system can often handle very small tumors on its own, either by destroying them or keeping them from growing, it can sometimes fail – either because a tumor grows too large, the cancer cells are too well camouflaged, or the tumor cells are able to stave off an immune system attack.

There are several types of immunotherapy for cancer:

In the past half-dozen years, immunotherapy has become one of the hottest areas of cancer research, fundamentally changing the way the disease is treated in many patients and setting the stage for an even more extensive role in cancer treatment in the future.

The key discovery, made by Dana-Farber’s Gordon Freeman, PhD, and others, was that the immune system’s attack on cancer often falls short because many cancer cells display proteins, called immune checkpoint proteins, that bring the attack to a halt.

Cancer vaccines are substances given to people to prevent cancer from developing, or to treat existing cancers by strengthening and optimizing the body’s immune response against the tumors.

An example of a preventive vaccine is one that protects against infection with the human papilloma virus (HPV), which causes cervical cancer and some other cancers, including cancers of the mouth and throat.

The first therapeutic cancer was approved by the Food and Drug Administration in 2010. Called Provenge, it is designed to stimulate an immune response against metastatic prostate cancer. Provenge is customized to each individual patient.

Researchers are testing experimental treatment vaccines in a variety of cancers, including:

Cancer vaccines can be combined with other types of therapies.

Monoclonal antibodies are synthetic copies of antibody proteins that exist in the immune system. Their job is to identify foreign invaders by binding to specific proteins called antigens, which dot the surface of cells. After they bind, antibodies recruit other cells and substances of the immune system to attack the foreign cells.

In agents known as conjugate drugs, monoclonal antibodies are bonded to chemotherapy drugs. This enables the antibody to carry the chemotherapy agent directly to cancer cells, maximizing chemotherapy’s effectiveness.

Another exciting entry into the immunotherapy world, known as CAR T-cell therapy, has had early success in some blood cancers and is being tested in trials with other hard-to-treat cancers.

CAR stands for chimeric antigen receptor. CAR T cells are T cells that have been extracted from the patient’s blood and “trained” in the laboratory to recognize and kill tumor cells; they’re then returned to the patient as supercharged cancer-killers. CAR T products have been approved by the FDA for some forms of lymphoma and leukemia. They’re now being tested in other blood cancers and in some solid tumors.

Drugs known as immune checkpoint inhibitors prevent tumor cells from sending a “stand down” message to immune system attackers have had striking success in many types of cancer.

In Hodgkin lymphoma (HL), for example, a clinical trial led by Dana-Farber’s Margaret Shipp, MD, and Philippe Armand, MD, PhD, found that the checkpoint inhibitor nivolumab drove the disease into full or partial remission in 69 percent of patients, all of whom had drug-resistant forms of the disease. The findings led the Food and Drug Administration to approve the drug for patients with classical HL that has come back or progressed after a stem cell transplant.

Clinical trials led by Dana-Farber’s F. Stephen Hodi, MD, showed that the checkpoint inhibitor ipilimumab could slow advanced melanoma in a significant number of patients and prolong their survival. The trial marked the first time a drug – any drug – had improved survival rates for patients with advanced melanoma.

One of the most exciting aspects of checkpoint inhibitor drugs is that, although they tend to work in a relatively small percentage of patients with certain cancers, when they do work, their effects are often lasting. The majority of patients who benefited from ipilimumab in the advanced melanoma trial are alive today.

Like virtually all cancer therapies, immunotherapies carry the potential for side effects. Such effects vary depending on which type of cancer a patient has, how advanced it is, the type and dosage of immunotherapy used. The most common side effects are skin reactions at the needle site:

Some patients experience flu-like symptoms, such as:

Other effects can include:

Some of these symptoms result when the immune system, mobilized to fight cancer, mistakenly attacks health, normal tissue.

Most immunotherapy-related side effects appear in the first few weeks or months of treatment. With proper management, they generally lessen or go away in a few weeks.

A major focus of current research involves finding ways to make tumors immunologically “hot,” or more likely to provoke an immune system attack on the cancer. “Hot” tumors tend to have large number of mutations or other genetic abnormalities draw T cells to the site of cancer. All too often, however, these T cells are stymied by checkpoint proteins such as PD-L1 or CTLA4. By combining therapies that make tumors “hot” with drugs that block checkpoint proteins, researchers hope to generate a more potent and precise attack on cancer.

Investigators are exploring several such combinations. In one clinical trial, Hodi injected a specific type of human herpes virus directly into tumors in 21 patients with advanced melanoma. The patients then received the checkpoint inhibitor pembrolizumab. The two-part therapy shrank tumors in a remarkable 62 percent of patients. Other studies have shown that radiation therapy can strengthen immune responses unleashed by checkpoint inhibitors.

Another approach was tested by Dana-Farber’s Catherine Wu, MD, and Patrick Ott, MD, PhD, in a six-patient clinical trial. Patients received the NeoVax vaccine, which is created using pieces of cancer-related proteins from patients’ melanoma tumors. When injected into patients, the vaccine spurred T cell responses. Four of the six patients had no recurrence of the cancer at a median of 25 months. The two who did have recurrences were treated with pembrolizumab and had a complete disappearance of the cancer.

Other Dana-Farber researchers have used nanoparticles to deliver immune-stimulating drugs into tumors with pinpoint accuracy. Scientists have also found that cells under stress can create changes in their immediate surroundings – their microenvironment – that prevent a T-cell invasion of tumors. Silencing this process in ovarian cancer-related dendritic cells reprogrammed them into immune-activating cells.

Researchers are increasingly coming to recognize that drugs designed to incapacitate cancer cells from the inside can also spark an immune response that menaces them from the outside. One study led by Dana-Farber’s David Weinstock, MD, found that large doses of the chemotherapy drug cyclophosphamide not only kills cancer cells directly, but also spurs an immune attack on them.

In addition, Dana-Farber researchers have shown that drugs known as CDK4/6 inhibitors, which undermine cancer cells by halting their division, can spark an immune assault on the cells as well. And scientists led by Dana-Farber’s Geoffrey Shapiro, MD, recently showed that targeted drugs known as PARP inhibitors, which hamper cancer cells’ ability to repair damage to their DNA, can also incite an immune system response to the cancer. 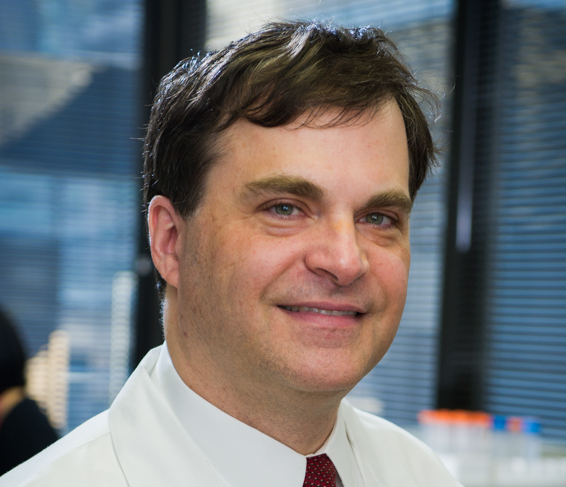 Dr. Hodi is the Director of the Melanoma Center and the Center for Immuno-Oncology at Dana-Farber/Brigham and Women's Cancer Center and Professor of Medicine at Harvard Medical School. He received his MD degree from Cornell University Medical College in 1992. Dr. Hodi competed his postdoctoral training in Internal Medicine at the Hospital of the University of Pennsylvania, and Medical Oncology training at Dana-Farber cancer Institute where he joined the faculty in 1995. His research focuses on gene therapy, the development of immune therapies, and first into human studies for malignant melanoma. Dr. Hodi is a member of the National Comprehensive Cancer Network, the American Society of Clinical Oncology, the Eastern Cooperative Oncology Group Melanoma Committee, the International Society for the Biological Therapy of cancer, and a founding member of the Society for Melanoma Research.

11 thoughts on “What is Immunotherapy? A Guide to Treatment, Side Effects, and Results”