Colonoscopy exams get a bad rap.

Even though the exam is brief and painless, many people fear and avoid them. Roughly one third of Americans, for whom the exam is recommended, are not getting colonoscopies.

Yet colonoscopy is one of the most effective of all cancer prevention methods. As many as 60 percent of colon cancer deaths could be prevented if everyone 50 years old or above underwent colonoscopies, according to the Centers for Disease Control and Prevention (CDC).

In fact, a study conducted by a team of researchers from Dana-Farber, Brigham and Women’s Hospital, and the Harvard School of Public Health found that those who received either a colonoscopy or a sigmoidoscopy exam – which allows doctors to look inside the large intestine through a thin tube and snip away at precancerous growths – had a markedly lower rate of cancers in the rectum and lower colon than did other patients.

“Colonoscopies are the most sensitive test since they visualize inside the entire colon to screen for the cancer or polyps,” says Jeffrey Meyerhardt, MD, MPH, the clinical director of the Gastrointestinal Cancer Center at Dana-Farber Cancer Institute. “These polyps are precursors for cancer that, if removed, will not turn into cancer.”

Screenings are a test for blood in the stool, repeated annually; an exam with a thin, flexible tube called a sigmoidoscope is usually recommended every five years; for a colonoscopy, every 10 years. According to Meyerhardt, sigmoidoscopies do not require as much prep as colonoscopies, but they are not as comprehensive given that doctors can only see less than half of the entire colon during the procedure.

For most patients, if the exam is normal, a colonoscopy should be repeated every 10 years. If the test detects precancerous polyps or the patient has factors that make him/her higher risk, the physician may recommend that colonoscopies be repeated more frequently.

Learn more about the Gastrointestinal Cancer Treatment Center at Dana-Farber.

Tags:
Your next story: I Have Metastatic Breast Cancer: What Is My Prognosis? 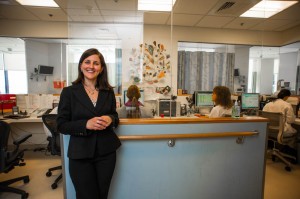 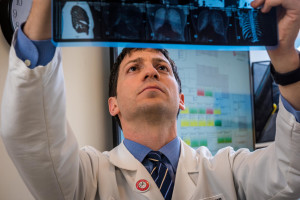